The Rio Blanco gold mining project is one of the most controversial in Ecuador, as it is has been hated by local residents since forever and last year a judge ruled that the mine should close as it did not do its permitting correctly. This week’s protests and large-scale disruption al over the country didn’t go un-noticed at the mine, either: 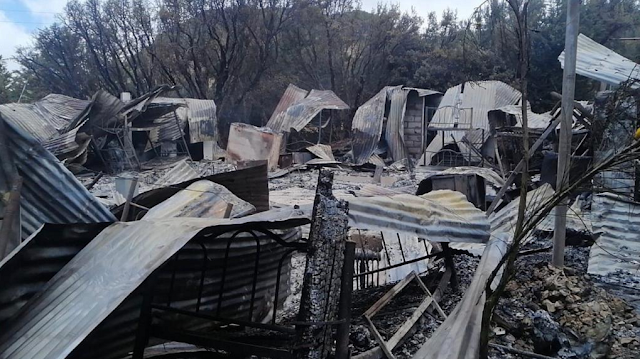 That’s what is left of the camp. Other photos show the camp burning from afar and burned out vehicles. In the words of owners Ecuagoldmining SA (part of China’s Junefield group), the camp has been “burned totally” after a group of anti-mining activists forced their way in by threatening the security guards there with rifles.