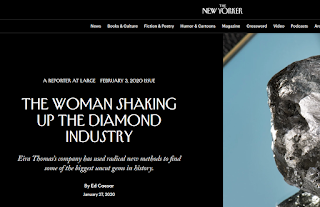 See that squiggle up and down in late February 2018? That was when Eira Thomas was appointed CEO of Lucara (LUC.to) and the only thing she’s revolutionized since then is the discretionary spending power of anyone stupid enough to have bought into the Marin Katusa BS paid pump that suckered another bunch of idiots into this deathspiral of a stock* at the same time.
If you prefer, here’s how LUC.to has done versus the GDX in the same period:

Win  approval from all the social channels one desires, we other ones know your track record sucks Jean Paul Gauthier steeped donkey’s bollocks. Cruel reality.
*Balance sheets matter. And if you don’t believe me, ask Randall Oliphant.