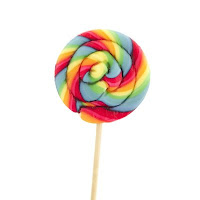 A large sucker
Now we know why Exeter Resources (XRC.v) (XRA) has been pumped so hard recently by Canaccord’s Zerb, by Canaccord’s Pescod and by all the other self-servers that populate the Canadian markets.

This PR out 30 minutes ago:

I can’t be bothered to find out who the underwriters are right now (got coffee to drink), but what’s the betting that it turns out to be the can of corn? So anyway, now expect glowing reports about how XRC.v is able to get funding even in this tight market blah blah blah and more BS about how its 90% non-leachable heap leach project* is “potentially world class” blah blah blah and tuna on white guns all night blah blah blah. All we do know now is that XRC.v has plenty more money to whisk Zerb and friends off for another lavish beano in FY09.
Watching XRC.v is like watching the bigger fool theory in slow motion. It only remains to be seen if the company (read shareholders) is the biggest fool of all or whether a major is stupid enough to step up and buy this Caspiche moneypit. On the other hand, its Cerro Moro thing is promising and a potential mine. Every cloud has a silver lining albeit still early stage.

*as explained to Otto by a very smart geologist friend