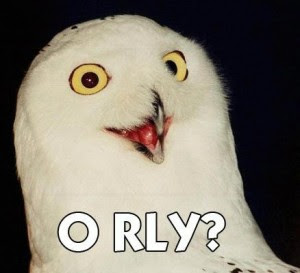 The INEI statistics office is altering economic growth and poverty reduction data by order of the government. GDP manipulation is the order of the day.

In the following interview, Farid Matuk warns that the INEI is overestimating by two percentage points the growth figures and lowering poverty figures sicne 208 to favour the government. He calls INEI chief Renán Quispe a liar and states that the monthly GDP estimate is a farce invented by the first government of President Alan García in order to show its presumed success.

A Reuters survey forecasts a 2.3% GDP growth in March and the Ministry of Economy and Finance (MEF) estimates 3.9%. What figure do you consider GDP to be in March?

Farid Matuk: In fact I do not see any positive growth for March. The growth figure is being manipulated or overestimated by the government by around two percentage points since 2008.

How is this manipulation of the figures done?

FM: Via the change in methodology, from the accurate economic formula to the actual survey. The manipulation was started gradually, little by little up to 2007. But from 2008 until today the overestimation of the figures has been a steady 2%. The overestimations 18 months into this government can no longer be masked without being scandalous. Thus since 2008 2% should be taken away from the figures presented by the INEI to get a true result.

How did the INEI make its statistics previously?

FM: The central difference is that before the INEI published spreadsheets that allowed anyone to check the accuracy of the results. So when in 2006 the methodology was taken away from the Web I warned via a op-ed column in a local newspaper the something twisted was coming from this government. And time has proved me right.

What did these spreadsheets allow?

FM: They allowed information transparency. Previously the INEI estimates be they for the transport or commercial sector were obtained via mathematical calculations performed in an Excel spreadsheet. Now these estimations come from a secretive survey that nobody sees.

In fact Quispe called the previous mathematical methodology obsolete, and due to this argument changed the survey method.

FM: So why didn’t he say anything for three years? If it were true that the previous method were obsolete and they realized in 2006, why didn’t they say that it was wrong? Why did they remain silent? Why because it’s a lie! So when the problem is discovered they invent an abili to hide that they’re manipulating the numbers.

FM: Yes, but three years after the moment he should have and only now because of the pressure from public opinion. As the saying goes, in the mouth of a liar the truth becomes doubtful, now that he (Renán Quispe) could have told us that the change in mathematical formula and the current secret survey is to improve the INEI study. But he didn’t do that.

Why is there so little transparency in the INEI information?

FM: The INEI has been manipulating the figures in order to create false growth or a false success for this government. What we have now is an INEI that is altering economic growth figures and poverty reduction figures so that the same numbers as the previous governments of Toledo and Fujimori seem more successful. In fact, there is no achievement under this current government, the growth and poverty numbers are similar to those from the 1980s. The figures presented by the INEI is disproportionate and incoherent with reality.

Do you question the INEI’s monthly GDP measurement?

FM: Yes, because it’s a farce, a fantasy invented by the first government of President García in his vanity. Only Canada and Finland, two of the most developed nations, can measure their GDP on a monthly basis. Not even in the USA or the Eurozone countries do they take a monthly measurement due to its complexity and high costs.

Therefore the supposed GDP measurement, what is it?

FM: It’s nothing. What the INEI shows us monthly is nothing. The monthly GDP is like a bath of flowers or like reading tarot cards*.

FM: The supposed monthly INEI measurement is nothing more than a physical total of 30% of the economy. That is to say, the total production, how many tonnes or physical units of copper, fishmeal etc have been sold. But these physical units do not allow me to determine the added value of the product or the GDP. One thing is physical prodution, daily sales totals etc, and another is the added value. The former is easy to calculate, the latter is complicated to inform. It’s one thing to ask the owner of a business for the number of products they sold in a month and another to ask “how much did you make?”, because they need time to give you the information that neds to include payments for expenses, operating costs, tax payments, salaries for workers etc.

What could the INEI give us?

FM: The same as the Chilean statistics office that reports monthly on total production based on a fraction of the economy, which in the case of Peru would be 30% (agriculture, fishery, mining, manufaturing, energy and water). Thus the INEI could coherently say that the monthly physical production has increased by 5, 10, 20 etc points.

*translated in essence, not literally