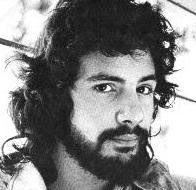 It’s not time to make a change,
Just relax, take it easy.
You’re still young, that’s your fault,
There’s so much you have to know.
Find a girl, settle down,
If you want you can marry.
Look at me, I am old, but I’m happy.

A super-duper gathering is happening in the resort town of Cartagena, Colombia this week. Labelled “The Meeting of Fathers and Sons” it’s basically a round table of many of the richest and most influential industrialists in Latin America who have brought their offspring along to show them what they have in store (as long as the crisis doesn’t rob family coffers too much). The meeting is being organized by rich Colombians Carlos Ardila, the Giliskis, Luis Carlos Sarmiento and Julio Mario Santodomingo. Invitees include Mexican Carlos Slim (has done quite well with telephones these last few years) , Venezuela’s Gustavo Cisneros (Venevision et al), Argentines Paolo Rocca (Tenaris), Federico Braun and Alfredo Román, Chileans Andrónico Luksic (Antofagasta et al) and Álvaro Saieh, Brazilians Joao Roberto Marinho, David Feffer and Antonio Moreira Salles and Panama’s Stanley Motta.

So that’s a serious concentration of net worth in one spot over the next three days and you can guarantee that the security ring put up around the compound could detect a sparrow’s fart. Equally unsurprising is that Colombian Prez Uribe is slated to join the chat tomorrow and tell fathers how important they are and sons how important they will be.

Apparently the agenda is topped by something called ‘social issues’. I’m going to take a wild guess and suppose that won’t include how these people can emulate the Venezuelan ‘Misiones’ system over the rest of the continent. Mojitos served.