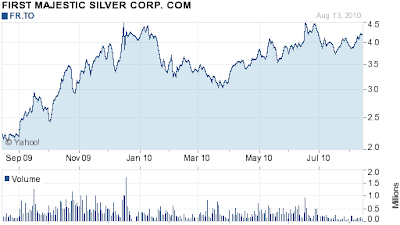 Here’s the link to the 2q10 financials and here’s a little list:
With 92.95m shares out and a close on Friday of $4.22, that puts market cap at $392.4m. And that’s somewhere between fair and fairly cheap. I don’t own FR.to but the company is likeable, both for the numbers released today and for the good way it treats its workforce, the locals around its plants and the environment (as mentioned previously on IKN). DYODD.