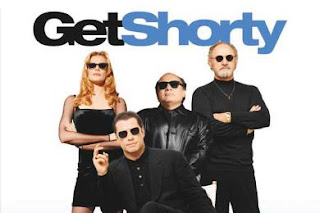 First Majestic Silver Corp. (“First Majestic” or the
“Company”) announced today that its board of directors has approved the
extension of its share repurchase program (the “Share Repurchase”) pursuant to
a normal course issuer bid in the open market through the facilities of the
Toronto Stock Exchange (“TSX”) or alternative Canadian market places over the next
12 months. Pursuant to the Share
Repurchase, the Company proposes to repurchase up to 7,783,799 common shares of
the Company which represents 5% of the 155,675,982 issued and outstanding
shares of the Company as of March 10, 2016. continues here

And here’s how they’ve taken advantage of that very same share repurchase program in the last two years, according to the 2015 YE MD&A published just days ago:

The Company has an ongoing share repurchase program to repurchase up to 5,879,732 of its common shares, which represents approximately 5% of the Company’s issued and outstanding shares. The normal course issuer bids will be carried through the facilities of the Toronto Stock Exchange and alternative Canadian marketplaces.
No shares were repurchased during the year ended December 31, 2015. During the year ended December 31, 2014, the Company repurchased and cancelled 140,000 shares for a total consideration of $1.0 million.

Got that? With the stated intention of buying up 5.88m of its own shares, FR.to bought 140k in 2014 and zero zip nada in 2015. But hey, let’s make it sound like we’re a bargain share price again eh Keith?
BUT WAIT! THERE’S MORE! When this “share repurchase program” began back in 1q14, FR.to had 117.6m shares outstanding. Today it has 155.7m shares outstanding, so instead of making the float smaller, this paragon of transparency and shareholder love has in fact ADDED 38.1m shares net to the total and diluted the merry bejeez out of the people it thinks it’s going to impress by emitting balderdash and nonsense NRs like the one today.
Did you get that, my wonderful parrot? Instead of lowering the number of shares out by 5% during this share repurchase program period, FR.to has raised it by 32.4%!
Run along now Keith, IKN’s done with you for the day.