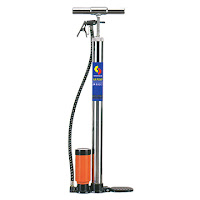 When three people on the same morning write to me asking or commenting about the same company, there’s something afoot. The exploration-stage miner is South American Silver (SAC.to) and the catalyst is the 43-101 compliant Preliminiary Economic Assessment (PEA) that was published Wednesday (here’s the PR).

Four reasons why not on this stock.

1) It’s being pumped in SinkingAlpha by a shameless promo artist named Mike Niehuser. Just look at the guy’s track record with Nadagold (NG) pumps. Then make sure you read the disclosures at the bottom of his “reports” and that should be enough to unfurl your red flags, too. If it’s not, then I really advise you to avoid the junior miner sector. This person and all the other parasites that sold their souls long ago so as to continue this corrupt ‘mining the stock market*’ system should be ignored now and forever.

2) The press release offers highly massaged numbers. The whole premise of offering indium as a significant revenue generator at a $530/kg is ridiculous enough to begin with, but then the way that 0% discount to NPV calculations are presented as “the project economics” is downright dishonest. The smell of BS turns into a stench.

3) It’s in Bolivia. Look guys, if you’re a regular reader you’ll know I’m sympathetic to Evo Morales and his gvernment. I think he’s doing a great service to the vast majority of his people by standing up to the landed, rich oligarchs. But foreign investment there right now? No thanks. Bolivia doesn’t need your money, is that clear? It should be by now. There’s no way you can seriously consider investing in a new, greenfield project in Bolivia right now. Sure, for those already there and working things aren’t bad at all (CDE, ORV.v etc), but do you honestly believe that Bolivia will let a foreign junior miner in on world standard terms and make itself rich while the State sits back and applauds its initiative? If so, I have a really nice bridge that I’d like to show you round one day.

4) SAC.to does not have surface rights at its Malku Khota concession. If you don’t understand what that means you shouldn’t even be considering an investment in SAC.to. Amazingly, the company never seems to mention this point in its promotional literature and pumpers like Niehuser kinda forget to put it in their everso objective reports.

The bottom line here should be no surprise to regular readers. Avoid South American Silver (SAC.to). Don’t buy it, don’t short it, just avoid it.