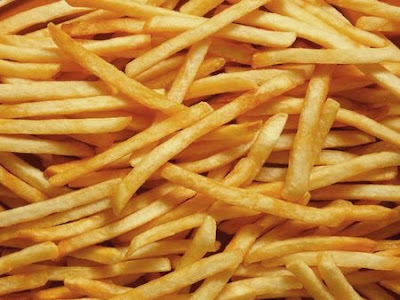 Now I like a good paranoid conspiracy theory as much as the next guy, but this one……well, it’s even believeable and that’s what makes it scary. Here’s the link to go to read the whole article, and it’s a must-read as it’s a mix of scientific gabble that sounds very impressive and prose designed to scare the crap out of you. Here below is a snippet to get you interested and make you click over there and note the bit about Chile at the end (they got 3125 cases and rising). Also, it ties in with the fact that nearly all Argentine cases (871 and rising) have been recorded in Buenos Aires…real McD country.

A necessary and deserved hat tip to reader ‘john’ who left the link in the comments section of the previous swine flu post.

“Scientists from Russia’s Ministry of Health are warning in a secret report to Prime Minister Putin that they have discovered a ‘critical link’ between the H1N1 influenza (Swine Flu) virus and genetically modified amylopectin potatoes that are consumed in massive quantities nearly exclusively by Westerners and sold in fast food restaurants as French Fries.

“Evidence confirming these dire findings by top Russian scientists is also supported by the World Health Organization who in their reporting on the current Influenza Pandemic, clearly shows that the H1N1 virus is nearly totally confined to those Western Nations allowing their citizens to consume these genetically modified potatoes, and which include: The United States with over 17,000 cases being reported with 45 deaths; Canada with 2,978 cases; the United Kingdom with 1,226 cases; and Australia with 1,823 cases.

“Important to also note about the World Health Organization’s statistics on the spread of the H1N1 Pandemic influenza virus is that the South American Nation of Chile is the only country in the World outside of The United States, Canada, United Kingdom and Australia to allow the planting of these genetically modified potatoes CONTINUES HERE