From a Porteño viewpoint: El Campo 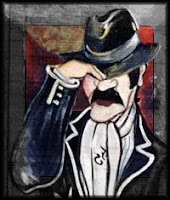 El Porteño is making a quick return this week. This is good news as far as Otto is concerned because 1) his views are sharp and 2) it means I don’t need to think, just translate a few lines and hey presto! decent and original content.

Today’s missive from the heart of Buenos Aires concerns “El Campo”, which can be translated as “the country / countryside” “the rural area” , “the farmers / farmworkers”, “agriculture” etc etc. Before we get to El Porteño’s words, I’ll add that since last year’s successful agro protest campaign against the Klishtina gov’t the Campo has continued with its complaints, and as you’ll gather from the words underneath the initial support from the general population has been waning significantly.

So on with the show, and here’s El Porteño. Enjoy.

It’s about time that small rural producers in Argentina realize they are being used by 20 or so large agro players. They send them to picket and strike while the big boys take off to Punta del Este (Ottonote: high-end beach resort in Uruguay) or Europe. The landed families don’t even know what work is. They are people that haven’t done a day’s work in the last 150 years, they just live off their inheritances and lobby the government of the day (if it’s friendly) or with the opposition (if not) or with their media buddies. Doesn’t anybody realize that it’s been this way in Argentina since the 19th century?

Due to the nature of my job I have quite a lot of contact with the ‘Campo’ and know without a single doubt that the big boys have made piles of money in the last five years. It’s got to the point that they have so much ready cash they don’t know what to do with it, as its also undeclared (ottonote: known in Spanish as “black”) money. With the crisis that’s coming they should shut their mouth and get to work. I’m fed up with them, they tire me out. They don’t have the support of the population now, either.

We all have our problems, we pay our taxes and we muddle along on our own. They have to change their strategy, as more and more people are getting tired of their discourse. If their accounts don’t square they don’t sow, and they don’t come along later with the argument of how there will be a food shortage, either. The fat cats don’t sow and harvest out of love for their country, they only do it because they make a lot of money.

Enough of this hypocrisy. If any other industrial sector goes wrong, the businesspeople are screwed, they lose their investment and have to start over again. Nobody asks the government for help if things go wrong and we all pay our taxes in good times and bad. What’s so special about the landed gentry of El Campo?