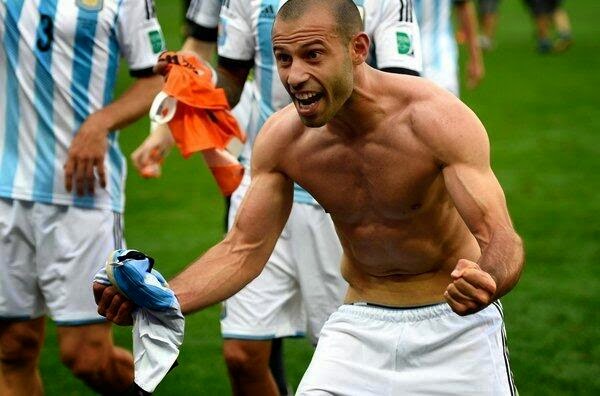 …just put in one of the all-time great performances of any World Cup, not just this one.
And so to Sunday, when the casual viewer will expect Germany to roll over Argentina in the same way that it took Brazil to the woodshed. Sorry people, that’s not how real football (instead of the utterly disrespectful beach volley football Brazil tried to play yesterday) works.
Sunday will be tight, a toss-up of a match. See you then.

UPDATE: I’m going to put the Vine here, rather than embed it. Well worth seeing to get an idea of just one of the several hundred things Javier Mascherano did today. Instead here’s a shot of Obelisco, in the centre of Buenos Aires, taken a few minutes ago: 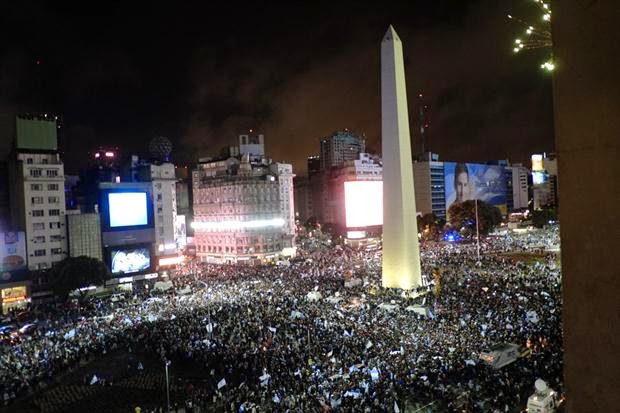 Final word: As so often happens in football, out of chaos comes order and yet again we see the best two teams over the length of the World Cup Finals reach the big game. On considering the different playing styles, the teams’ balances and the potential individual and collective match-winning capacities of both, I honestly believe it to be an uncallable match. Both Germany and Argentina have shown themselves to be talented, brave as lions but also down to earth and humble about their achievements to date. Yes I will be supporting Argentina on Sunday (have done so since 1998, that’s never going to change), but the game is the thing so let the best side win on the day.