A pleasant story out of South Peru this week. On Tuesday April 3rd a contingent of Peruvian police officers under the direct pay of Glencore (GLEN.L) (GLNCY) and employees from its Antapaccay mine showed up at the homes of the small community of Alto Huarca with heavy machinery (bulldozers etc) in an attempt to force the local residents off their land.
Locals tell it how it is:
And you may think the victims of this violence were a bunch of swarthy farmers, too. Not so: 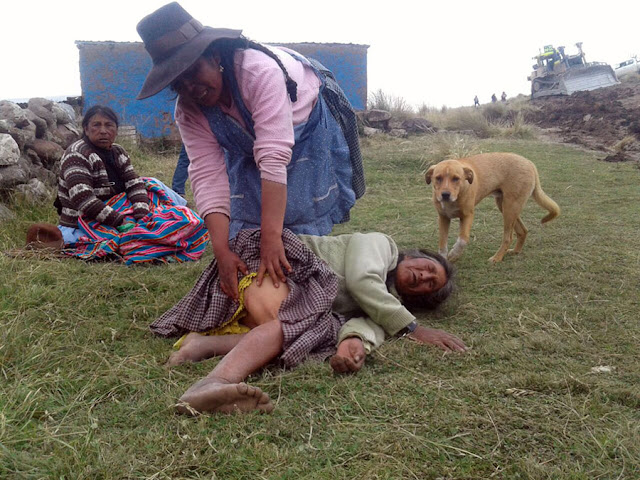 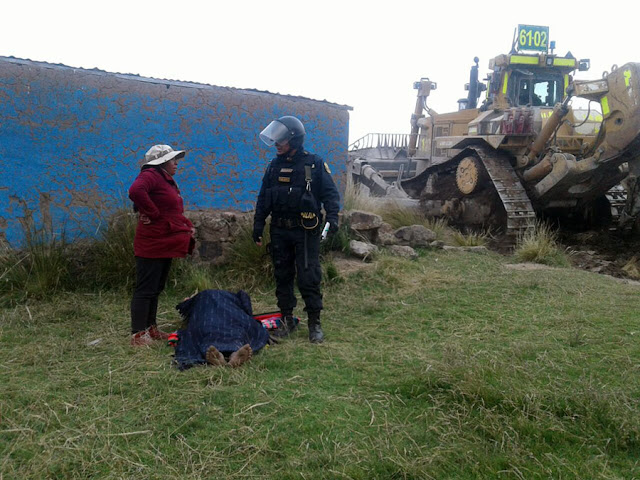 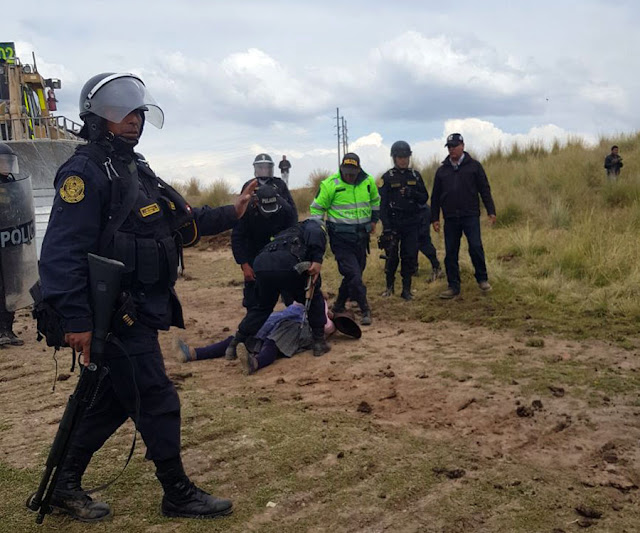 GLEN.L is into beating up little old ladies. Those photos from the report. Nice.
Fortunately the locals knew how to get a lawyer on the scene quickly, phoned him and once he showed up the Glencore thugs and police backed off and left the scene. Alto Huarca’s community is the rightful owner of the land in question to this day, it remains to be seen what dirty trick GLEN.L next uses to change that.