Breathtaking brass neck from the Reids today. Here’s the filing and here below is the body of the text with your author adding a bit of red bold type and underlining, just for funnies:

Item 1.01. Entry into a Material Definitive Agreement
On January 31, 2014, the Audit Committee of the Board of Directors of Gold Resource Corporation (the “Company”) approved a consulting arrangement with William Reid, the Company’s former Chairman and Chief Executive Officer and a shareholder beneficially holding greater than 5% of the Company’s outstanding common stock. The Company entered into a written consulting agreement with Mr. Reid, a copy of which is attached hereto as Exhibit 10.1 and incorporated herein. The Company agreed to retain Mr. Reid on a month-to-month basis for $15,000 per month to assist the Company with identification and development of potential new mining projects. The agreement is terminable at any time by either party.

Or in other words, the person who just retired is being brought back on to look for new mining projects that the company can’t afford, while the people now running the shop are fed up with trying to give themselves worthless options, so this time they’re simply ripping more cash out of treasury for their own back pockets, despite overseeing a 12 month stock price performance that looks like this… 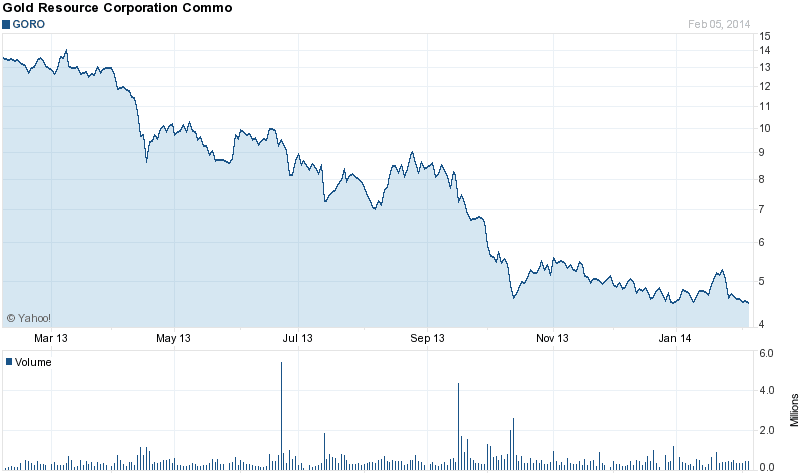 …and running a company that can’t turn a net profit to save its life.