FWIW, repeated from this April 2011 post and this one in 2012. Christ of St. John of the Cross, Salvador Dali, 1951. People love it, people hate it, but it’s one of the few paintings around that are truly breathtaking when witnessed. Even its haters agree on that. 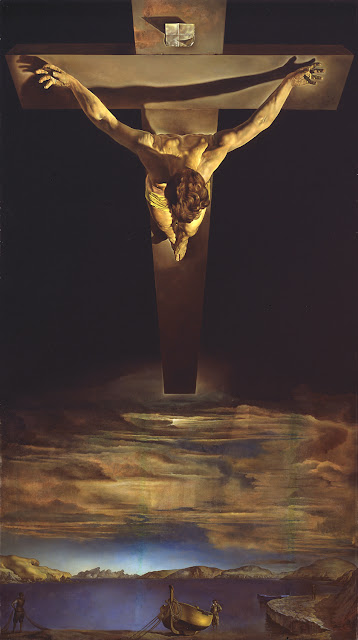 click to enlarge (gets very big)
Further comments from the man himself, Dali.

“In the first place, in
1950, I had a ‘cosmic dream’ in which I saw this image in colour and
which in my dream represented the ‘nucleus of the atom.’ This nucleus
later took on a metaphysical sense; I considered it ‘the very unity of
the universe,’ the Christ!”

For more, here’s the wiki page on the painting.