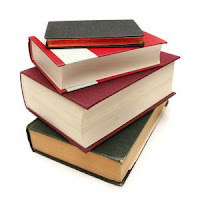 The Huanca York Times reports in more detail about how the Twobreakfasts gov’t is forced into bailing out the überpolluting Doe Run Peru and its überoffensive billionaire owner, Ira Rennert. Don’t say I didn’t tell yaz….

Two blogs to read at the same time. First read Lillie who quotes UK Prime Minister Gordon Brown telling Michelle Bachelet this week that ‘Britain abhors torture’. Then cut straight to Ten Percent where the title line of “UK Admits To Using ‘Intelligence’ From Torture” just shows how full of smellystuff that dude is.

Farid Matuk explains how Peru has artificially inflated its growth figures via crooked stats work at its INEI office.

Abiding in Bolivia helps nip fascist revisionist history in the bud. The blog’s title is “UN: Pando was a massacre. Period”. I think that just about sums things up.

Talking of which, Plan Colombia and Beyond quotes Uribe making his own stab at revisionism. Despite a mountain of evidence that says otherwise, Colombia’s Prez is trying to tell the world that there are only 22 cases of ‘False Positives’. Jaw-droppingly brazen.

The Mex Files brings us stories of cloak’n’daggerism from deepest Mexico City. As is often his wont, RG adds a large lumps of fascinating Mexican history to make the reading even more enjoyable.