Greystar (GSL.to) is toast, according to this report out of Colombia today at least 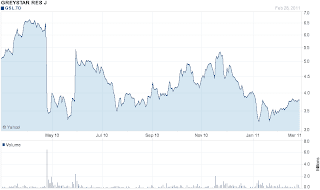 Colombia’s news channel RCN La Radio isn’t normally one that gets mixed up with hype, so its report today carries that much more gravitas. Here’s a translation of how it starts, click through for the rest:

Sources at the Environment Ministry closely involved in the approval process for the environmental permit for the mining megaproject at the páramo de Santurbán in Santander (region) confirmed to RCN La Radio that the permit for the exploitation for gold and silver will be denied to the Canadian company, Greystar (GSL.to).


The information obtained comes four days before the last public audience regarding the environmental impact study for the project under the control of Greystar. CONTINUES HERE

Moral of this story? Don’t believe everything that The Can of Corn pumps at you, because they’ve shown time and again how much they suck at political risk calls. As we wrote back on December 22nd:

“…I wonder how Nicholas CampbellSoup over at the Can of Corn will feeling about this news out of Colombia? After all, he’s the dude that reiterated his spec buy on GSL with a $9 price target…..on November 19th….when the stock was at $5.19….and now it’s going under $4…..you have a nice day too, Soupy.

Disclosure: no position in GSL.to ( because I may be slow but I ain’t stupid)”

UPDATE: Another decent Colombian news service, El Espectador, gets in on the act and says basically the same thing, though quotes from even more sources. And if you want to hear about the 30,000 person march against the project that happened in the local area last Friday click this link to Semana magazine. Right now I’d rather hold Osama Bin Laden’s penis than GSL stock.