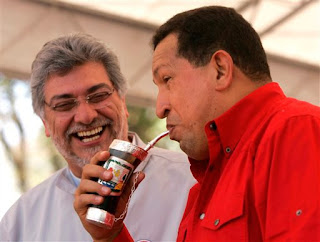 Presidents Lugo And Chávez do a “Mini Michael Phelps”
Yep, you got it. It’s the one that gets all the bad press up North. You’ll find all the details right here in this brand new PDF report by the CEPR. Well worth getting yourself a copy, if only to balance the debate a little.