Guest Article by reader BW: “Lifting the Dress on All In Sustaining Costs” (from IKN339)

I’ve been asked to put this piece, part of IKN339, onto the blog. So here it is.

Guest
Article by reader BW: “Lifting the Dress on All In Sustaining Costs”
(Alt. title “How things can grow
out of virtually nothing when you run a blog”)
First a
little background: In the last couple of weeks over at the blog, both myself
and reader ‘BW’ have been playing on the theme of All In Sustaining Costs
(AISC). It’s one of those subjects that’s itched at me for a while, because it
doesn’t need much numbercrunching to see that AISC is a neat new way of
spinning costs figures, rather than a useful metric that applies to all mining
companies equally. Thing is, I haven’t really got round to throwing darts at
AISC (even after being egged on by a couple of friends on more than one
occasion) but then a couple of weeks ago I broke the ice with a very simple
post and observation, it turned out to be the way in.
It all started on October 28th
and my post “Understanding “All In Sustaining Costs”, Detour Gold (DGC.to) edition”, which as a missive was
simplicity itself and to shed light on the “virtually nothing” sub-header above
I’ll even tell you how it all happened. That day I was about 30 minutes early
for an appointment in Lima and feeling a little drained after a long day, so I
decided to pause for a coffee in a nearby Starbucks. While there it just so
happened that the DGC 3q15 financials NR was published, I picked up the
corporate NR on my (rather basic HP) tablet and, amused at the spin they gave
the numbers, tapped out the straightforward post seen that day on the virtual
keyboard. I didn’t look at the SEDAR filings at all, it took about 15 minutes
start to finish, I hit Send, finished my latte and went to the meeting. By way
of a reminder, here’s the main numbery bit of that post:
Detour Gold (DGC.to) just reported its 3q15 and here’s my
favourite bit:

Hey, d’ya think that All In Sustaining Cost might not mean what you thought it
meant? Perhaps? 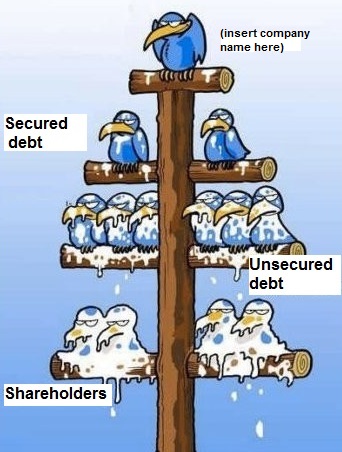