Here’s a gold chart from the decent squiggly line site for PMs, goldprice: 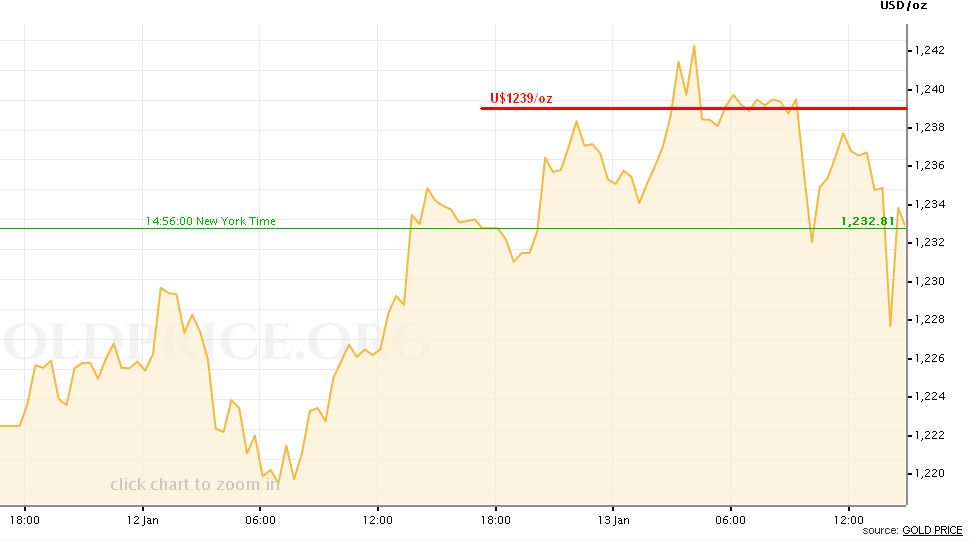 And the thing that gets my goat about this pseudoscience? When they tell us that their “targets need confirmation”. Yesterday’s gold close got the chartists all happy and excited, but they were also quick to tell us about the resistance at $1239/oz and $1240/oz. Here’s an example and here’s another and those are just the first two I came across, I counted plenty more in my scans yesterday. So what happens? Gold goes over both those numbers (see chart above) which, according to this band of snake-oil salesmen at least, mean gold has done exactly what they wanted and it’s now in full bullish mode. Unfortunately for them, gold didn’t read their carefully drafted script and today fell back under their magic number and right now (Tuesday afternoon an hour before the NYSE/TSX close) it trades at $1233.
The TA-Charlatan’s reply: “Oh, it needed confirmation”. Or “It wasn’t fully broken”. Or “Back-testing support is healthy”. In other words:
1) If they set a target, the target doesn’t hit and then the price goes lower, they’re right.
2) If they set a target, the target hits and then the price goes higher, they’re right.
3) If they set a target, the target hits, then the price goes lower, they’re not wrong.
Man, how about that for a job? And pray tell, when does a 1240 target become “confirmed”? At 1250? Because apparently the next TA resistance level is 1260 so if I have to wait until 50% of my potential gain has vanished before getting long.
By the way, the other thing that riles me about these serial bullshitters is the way they’re so expert on what just happened and can explain everything about the past in jargon rich terms. Ask them about the future? Suddenly it’s all about possibilities and perhaps this perhaps that.