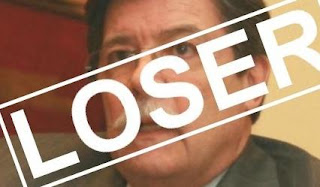 Marcel Granier (for it is he)
Hey, remember all that fuss about RCTV in Venezuela? Yes you do!! That’s the opposition-run private TV channel that was taken off the public airwaves in 2007 when its licence expired and Hugo refused to renew it (something about how RCTV illegally propagated the 2002 coup d’etat, but hey…insignificant details, no?).
So the world screamed human rights abuses and press gagging and all sorts of things. And of course the whole thing was taken to court by RCTV via Globovision, another opposition TV channel in Venezuela. Not the Venezuelan courts, obviously, because RCTV head honcho Marcel Granier knew he wouldn’t get a fair trial there. So they all went straight to the top and wisely chose to make the case at The Inter-American Court of Human Rights. Thus Globovision and RCTV sued the Venezuelan government to the tune of U$1m.

So yesterday came the verdict. Yep, you guessed it already, THE WHOLE CASE WAS THROWN OUT. The ICHR ruled that the government of Hugo Chávez had not violated any freedoms of expression, property freedoms or broken the laws regarding equality of companies in the privately run media. No million dollars for the hard done by rich people, but the ICHR did order Venezuela to pay a full $10,000 as its part of the ICHR proceedings expenses.

Burning question: Will Andrés Oppenheimer address this issue in his next Miami Herald column? YOU BE THE JUDGE!