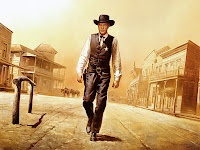 The Organization of Amerian States (OAS) today gave Honduras 72 hours to reinstate Mel Zelaya as its president or face being thrown out of the club. The way things have been going, whatever the OAS has done the UN has followed, so the diplomatic pressure will only increase once the OAS dos its thing.

Due to this 72 hour decision thingy, Zelaya has decided not to make his triumphant return tomorrow (Thursday) but hold off for the 72 hour period and fly back in once the OAS ruling is in operation (cos let’s face facts, the usurpers have already shown scant regard for international law and will just ignore the OAS on this).

It’s interesting how the Zelaya position is to run everything through the correct diplomatic channels, whereas the usurpers use an obviously falsified document presented to its congress to revoke its head of state. Zelaya’s argument is backed up by the UN, the OAS, the World Bank and its cousins (IBD, BICE) Amnesty International, the Press Association, The European Union, China (!) and innumerable others. Those apologizing for the usurpers are left blustering on TV shows and chatrooms…..just ain’t fair, is it? The world’s changing, folks. Latin America doesn’t need to be ruled by the gun any longer and the international community is recognizing its more mature democracies by saying “General, you can’t do that.” Remember, that UN vote yesterday went 185 to 1 in Zelaya’s favour…have a guess who the “1” was?

Finally. the person who mailed me the racist trash written by Investor’s Business Daily on the issue is an idiot. Yep, you. How you can have an opinion formed by that scum is a miracle of stupidity. You still don’t get it, do you? You up there just don’t have the right to tell us down here what to do…not anymore. And to anyone else with a firmly-held view, before writing in make sure you understand Spanish because if I bother to answer you it’ll be in that language (with slang too, so you can’t run it through an autotranslator). If you can’t speak the local language of Honduras, how on earth can you believe you know about the issues and have a viewpoint that hasn’t been spoonfed to you?