Honduras: Is the OAS about to grow a pair? 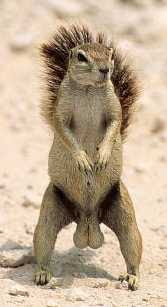 The Organization of American States (OAS) has often been criticized as being an all-show-no-go type of body, talking a good talk but not having the teeth to get anything done.

That might just change tomorrow. Following on from the strongly-worded statement from the OAS yesteday (the fact the declaration included the words “coup d’etat” in the first line is very significant), tomorrow Tuesday sees an emergency meeting of all 34 members of the OAS. If, as many now expect (perhaps ‘hope’ is wiser) the OAS hands down a “reinstall Zelaya or Honduras gets kicked out” message to the usurpers currently pretending to run the shop it may mark the moment when the organization gets itself some cojones at long last. From there, it will be fun to watch just how much leverage the OAS gets with bigger players such as the UN. Honduras loses its seat there and it’s all over for the milicos.

Whatever happens, tomorrow will a key day in all this Honduras coup d’etat malarkey. Watch this space.