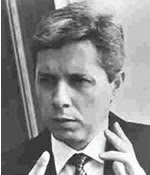 Here’s a nice photo of Billy Fernando Joya Améndola, taken from the COFADEH website (Committee of Families of Detained and Disappeared in Honduras). Here’s how the biography of Billy Joya starts on that page (translated):

Retired police captain, ex-integrant of the 3-16 intelligence squad and founder of the elite repression squadron “Lince de los Cobros” and first commander of the squadron. From 1984 to 1991 a member of the 3-16 death squad where he took various roles under the pseudonym of “Licenciado Arrazola”.

So why mention Billy Joya today? Well, perhaps because he’s just been named ministry assessor to the coupmonger government by usurper Micheletti.

Tegucigalpa 1 (PL); The de facto government of Roberto Micheletti in Honduras named Billy Joya as ministerial assessor, known for coordinating and directing tortures and assassinations in the country during the 1980s CONTINUES HERE

Wow, I bet all you coup apologists are feeling really proud of yourself now. And for those of you versed in Spanish, check out the threats Billy Joya was making to citizens in 2007.

UPDATE: Here’s an English language link to the attempts to bring Billy Joya to justice that failed due to his first fleeing the country and later using amnesty laws (and dubious court rulings) to protect himself.