Honduras: Proof (if it were ever needed) that Alvaro Vargas Llosa is a pitifully sad excuse for an intellectual 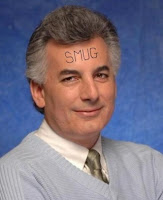 1) Zelaya actually planned to be deposed by the military and…get this…the military fell for it! Allyboy sez;

IN the weeks leading up to Honduras’s coup, President Manuel Zelaya, an ally of Hugo Chávez of Venezuela, knew what he was doing. In pushing the limits of democracy by trying to force a constitutional change that would permit his re-election, he set a trap for the military. The military fell for it, turning an unpopular president who was nearing the end of his term into an international cause célèbre.

Damn, I wonder if Mario’s son considered the bullets that shot through the presidential motorcade on June 12th, just missing Zelaya’s noggin…betcha that was part of the plan, too.

2) The coup was a popular move in Honduras (hmm…let’s check those images again, yeah? My, what a popular fascist repression we have here…betcha that guy getting kicked, pushed to the ground and having an assault rifle prod him in the back is shouting ¡Viva Micheletti! right now). How Vargas Loser managed to conduct his opinion poll between Sunday and now is beyond me, but as he says, “the coup has popular support in Honduras”, so if it’s written in the NYT it must be true, right?

3) Then there’s this pearl:

“Across the Spanish-language news media, the recurring image of the last two days has been that of Mr. Chávez and his allies working furiously for Honduran democracy.”

Errrr….no. Allyboy’s watching the wrong news channels. The single recurring image of the last two days has been the unanimous support for Zelaya from every single Americas country. The OAS has been front’n’centre on all screens, closely followed by anything Obama says. Only then does Chavez get airtime.

4) We then get Allyboy regurgitating the lies propounded by the kneejerk right and tipping his hand to his real agenda. This argument has been shot down in flames already.

“As the general elections scheduled for November began to creep up, Mr. Zelaya decided to hold a referendum with the ultimate aim of allowing him to seek re-election.”

Let’s say it again; even the US State Dep’t, not normally known for its pally attitude to the Bolivarian Revolutionaries, understands that;

“..we’re (talking) about conducting a survey, a nonbinding survey”

Do Gallup pollsters get arrested with rifles pointed at their tushes when they ask people for opinions? But even a numbskull like Alvaro Vargas Llosa can string a sensible sentence together sometimes;

“This is not what Honduras’s establishment, horrified by Mr. Chávez’s increasing influence, intended when it got rid of Mr. Zelaya.”

No shit Sherlock. And they would have gotten away with it too, if it hadn’t been for those pesky kids and their dog. The NYT note carries the title line “The winner in Honduras: Chávez”. Wrong, wrong and a hundred times wrong, the winner in Honduras will be (not is…not yet) democracy and Latin America’s self-esteem. At long last the whole region has the wherewithall to stand up to army bullies and their apologist pseudointellectuals such as Alvaro Vargas Llosa standard-bearer. Really, I have to ask myself “is that all they got these days?”.

Alvaro, I’ve already given out this week’s coveted award but when I did I hadn’t read your ludicrous article. You are a throwback to the 1980’s and don’t deserve to get taken seriously in the 21st century. So first thing Monday morning next week, look out for a post with your name on it, yeah? DUMBASS.