Honduras: School’s out for summer…. 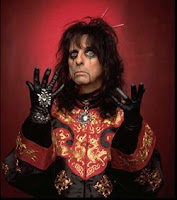 The usurper government of Micheletti again ordered teachers back to all schools and universities this morning. The teachers (and the students for that matter…probably more important) gave them the royal finger and have ratified their indefinite strike. I’d link to something better than RadioRebelde, but for some reason the local Honduran media aren’t covering this angle…wonder why….

Meanwhile, President Zelaya’s wife Xiomara Castro is leading a massive march against the coupmongers in the capital this morning. However 800 people won’t be able to make it as they’ve been arrested by the police state under the new laws that give them no protection and allow authorities to hold them without charge or trial forever. Hey, just like Gitmo! What fun! The 800 is the number only in the Capital Tegucigalpa, by the way….gawd knows how many have disappeared in the provinces so far.

Final note; before the wingnuts amongst you get into a lather, it’s best to point out that the family name ‘Castro’ is very common all over the continent. Consider it “the thing wot I learned about LatAm today”.