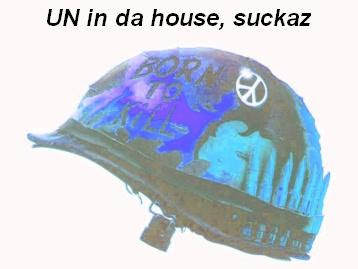 Of course, how silly of us all. According to usurper Micheletti, the young kids shot dead in the demo at Tegucigalpa airport yesterday were killed by their fellow demonstrators, not the army. Never mind that the Honduras police force said at the time that the army were the shooters.

The airport is still closed, but the de facto government managed to sneak out a dialogue group that has arrived in Washington. Apart from the wingnuts at HACER, there ain’t nobody gonna listen.

Meanwhile, no less than 651 people have been arrested under the new laws that suspend citizen’s constitutional human rights. These people can be held by the government indefinitely with no recourse to habeas corpus or need for the government to say where they are and what they’re doing to them. Gotta love these free democratic values the coupmongers offer the world.