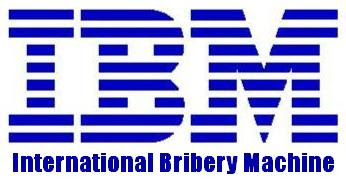 It’s taken 15 years, but finally executives of IBM have admitted to paying bribes to the government of Argentina in exchange for an oversized contract to supply its machines in the country.

The scandal started back in 1994, when Argentine journalist Santiago Pinetta reported that IBM had paid U$37m to government officials in bribes. In return, IBM was given the contract to supply 525 offices of state bank “Banco de la Nacion” under a contract that came to U$249m and is understood to have inflated prices by around 100% on the whole deal.

The legal inquiries have trundled on for what seems like forever since that time, but hot off the presses today the seven IBM executives under accusation copped a plea bargain, admitted guilt and will pay hefty fines in lieu of going to jail.

Another episode of The USA knows best in LatAm comes to an end.

UPDATE: A mail received from reader ‘MP’ follows. He’s right bar one thing; should have written “South America” instead of “Argentina”.