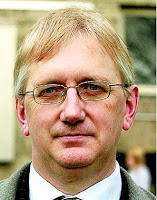 Via Ten Percent. Tomorrow Craig Murray will hopefully blow the lid off the lies the world has been fed over the torture tactics used as an excuse to invade Iraq. I sincerely hope that the disgraced members of the British government resign but know that their total lack of integrity and honour will allow them to ignore their shame.

On the contrary to the scum that hold power, Craig Murray is an example to us all. Honour amongst gentlemen still exists and we should be grateful for people like Murray who stood up to the tyranny.

Trying Again to Stop Torture: My Formal Statement for the Joint Committee on Human Rights

WITNESS STATEMENT TO THE PARLIAMENTARY JOINT COMMITTEE ON HUMAN RIGHTS

My name is Craig Murray. I was British Ambassador in Uzbekistan from August 2002 to October 2004.

I had joined the Diplomatic Service in 1984 and became a member of the Foreign and Commonwealth Office’s Senior Management Structure in 1998. I had held a variety of posts including Deputy High Commissioner, Accra (1998 to 2001) and First Secretary Political and Economic, Warsaw (1994 to 1997).

I had also been head of the FCO section of the Embargo Surveillance Sector leading up to and during the first Gulf War, monitoring and interdicting Iraqi attempts at weapons procurement. In consequence I had obtained security clearances even higher than those routinely given to all executive members of the Diplomatic Service. I had extensive experience throughout my career of dealing with intelligence material and the intelligence services.

It was made plain to me in briefing in London before initial departure for Tashkent that Uzbekistan was a key ally in the War on Terror and to be treated as such. It was particularly important to the USA who valued its security cooperation and its provision of a major US airbase at Karshi-Khanabad.

As Ambassador in Uzbekistan I regularly received intelligence material released by MI6. This material was given to MI6 by the CIA, mostly originating from their Tashkent station. It was normally issued to me telegraphically by MI6 at the same time it was issued to UK ministers and officials in London.

From the start of my time as Ambassador, I was also receiving a continual stream of information about widespread torture of suspected political or religious dissidents in Tashkent. This was taking place on a phenomenal scale. In early 2003 a report by the UN Special Rapporteur on Torture, in the preparation of which my Embassy much assisted, described torture in Uzbekistan as “routine and systemic”.

The horror and staggering extent of torture in Uzbekistan is well documented and I have been informed by the Chair is not in the purview of the Joint Committee on Human Rights. But what follows goes directly to the question of UK non-compliance with the UN Convention Against Torture.

In gathering evidence from victims of torture, we built a consistent picture of the narrative which the torturers were seeking to validate from confessions under torture. They sought confessions which linked domestic opposition to President Karimov with Al-Qaida and Osama Bin Laden; they sought to exaggerate the strength of the terrorist threat in Central Asia. People arrested on all sorts of pretexts – (I recall one involved in a dispute over ownership of a garage plot) suddenly found themselves tortured into confessing to membership of both the Islamic Movement of Uzbekistan (IMU) and Al-Qaida. They were also made to confess to attending Al-Qaida training camps in Tajikistan and Afghanistan. In an echo of Stalin’s security services from which the Uzbek SNB had an unbroken institutional descent, they were given long lists of names of people they had to confess were also in IMU and Al-Qaida.

It became obvious to me after just a few weeks that the CIA material from Uzbekistan was giving precisely the same narrative being extracted by the Uzbek torturers – and that the CIA “intelligence” was giving information far from the truth.

I was immediately concerned that British ministers and officials were being unknowingly exposed to material derived from torture, and therefore were acting illegally.

I asked my Deputy, Karen Moran, to call on a senior member of the US Embassy and tell him I was concerned that the CIA intelligence was probably derived from torture by the Uzbek security services. Karen Moran reported back to me that the US Embassy had replied that it probably did come from torture, but in the War on Terror they did not view that as a problem.
In October or November of 2002 I sent the FCO a telegram classified Top Secret and addressed specifically for the attention of the Secretary of State. I argued that to receive this material from torture was:
• Illegal – Plainly it was a breach of UNCAT
• Immoral – To support such despicable practices undermined our claims to civilisation
• Impractical – The material was designed to paint a false picture
I received no reply, so in January or February of 2003 I sent a further telegram repeating the same points.

I was summoned back to a meeting which was held in the FCO on 7 or 8 March 2003. Present were Linda Duffield, Director Wider Europe; Matthew Kydd, Head Permanent Under Secretary’s Department; Sir Michael Wood, Legal Adviser.

At the start of the meeting Linda Duffield told me that Sir Michael Jay, Permanent Under Secretary, wished me to know that my telegrams were unwise and that these sensitive questions were best not discussed on paper.

In the meeting, Sir Michael Wood told me that it was not illegal for us to obtain intelligence from torture, provided someone else did the torture. He added “I make no comment on the moral aspect” and appeared to me to be signalling disapproval.

Matthew Kydd told me that the Security Services considered the material from the CIA in Tashkent useful. He also argued that, as the final intelligence report issued by the security services excludes the name of the detainee interrogated, it is not possible to prove that torture was involved in any particular piece of intelligence.

Linda Duffield told me that Jack Straw had discussed this question with Sir Richard Dearlove and the policy was that, in the War on Terror, we should not question such intelligence. The UK/US intelligence sharing agreement stipulated that all intelligence must be shared.
Influential figures in the US believed this was an unfair agreement as we received much more from the US than they did from us. It was not in our interest to abandon the universality principle and refuse categories of CIA material.

It was agreed that Sir Michael Wood’s view that it was not illegal to receive intelligence from torture would be put in writing. I attach a copy of his letter of 13 March 2003.
http://www.craigmurray.org.uk/documents/Wood.pdf

This meeting was minuted. I have seen the minute, which is classified Top Secret. On the top copy is a manuscript note giving Jack Straw’s views. It is entirely plain from this note that this torture policy was under his personal direction.

I returned to Tashkent. In May 2003, during a visit to Tashkent by my line manager, Simon Butt, he told me I was viewed in London as “unpatriotic”. This hurt me enormously as I had served my country with great enthusiasm for 19 years. Every traceable generation of my family had served in the British military. I felt it was my country which had abandoned the principles I had believed I was working for.

In August 2003 the FCO attempted to frame me on eighteen false charges of gross misconduct and demanded my resignation. I refused and after a sickening fight was acquitted and returned to Tashkent in January 2004.

While in London in approximately May 2004 for a medical check-up I was informed by Jon Benjamin, Head of Human Rights Policy Department FCO, that there had just been a senior level interdepartmental FCO meeting on receiving intelligence from torture and he had been surprised I was not invited. The policy that we would accept this intelligence had been re-affirmed.

On return to Tashkent I sent on 22 July 2004 yet a further telegram arguing we should not obtain intelligence from torture. I kept an electronic copy and this is attached.
http://www.craigmurray.org.uk/documents/Telegram.pdf

I specifically argued (paras 16 to 18) that we were in breach of Article 4 of UNCAT which concerns complicity with torture. I also referred to the US transport of detainees to Uzbekistan (para 18). I referred to the London interdepartmental meeting (paras 8 to 9).

I received a brief and extraordinary reply to the effect that there had been no such meeting in the last two weeks. I knew it had been before then and had not referred to a date in my telegram.

This telegram, which was sparked by my anger at the lies in our public position on torture after Abu Ghraib became public, resulted in my dismissal as ambassador when it was leaked to the Financial Times (not by me).

1. All CIA intelligence is received by the UK. MI6 has seen the fruits of every CIA waterboarding session and rendition torture. Very many will have been passed on to ministers and senior officials.

2. Ministers decided the principle of the universality of the UK/US intelligence sharing agreement was more important than any aversion to torture. We could not refuse this material from the CIA without compromising the basic agreement.

4. The format of intelligence reports contains a deliberate double blind; by excluding the name of the detainee from the final report, Ministers can state they have never knowingly seen intelligence from torture.

5. The government’s public lines that we do not condone, endorse, encourage or instigate torture, even that we condemn it and work against it, do not answer the key question:

“Are we prepared on a regular basis to receive intelligence from torture?” That question is capable of a one word answer. The true answer is yes. The government refuses to give a straight answer.