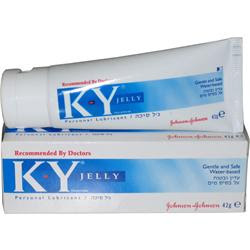 The thought of caving in to his own people must be far too much to bear, so Twobreakfasts has decided to drop his trousers and prostrate himself at the altar of gringo capitalism….again. Rather than do what any prez with cojones would do, i.e. kick the scamster Rennert out of the country and seize his assets until he comes up with the cash Ira’s siphoned from Doe Run Peru (DRP) all these years, Twobreakfasts is going to give Ira and his messy pals yet another extension to the timeline for cleaning up DRP at La Oroya (one of the ten most polluted places on earth according to the Blackstone Institute). Ira won’t give a damn about the new deadline either…he just wants the money. Here Reuters;
Peru says may give Doe Run more time for clean up

LIMA, June 23 (Reuters) – Peru’s government said on Tuesday it may give troubled Doe Run Peru more time to complete an environmental clean up of its La Oroya smelter as it tries to persuade the company to meet the terms of a financial bailout plan.

Banks canceled the company’s credit lines about four months ago after metals prices fell. In April, a group of mining companies that sell concentrates to Doe Run Peru agreed to give it a $175 million credit line if its parent company, U.S.-based Renco Group, met two conditions.

The stipulations were that Renco had to fill a $156 million financial shortfall in its Peruvian unit and pledge its shares to the Peruvian government as a way of promising that its unit would finish an environmental cleanup project at one of the world’s most polluted sites.

So far, the conditions haven’t been met.

“The government has said that we could evaluate the environmental issue, which appears reasonable, but we won’t extend it for five years or three years, we will reach for something more adequate,” Labor Minister Jorge Villasante said on yada yada continues here