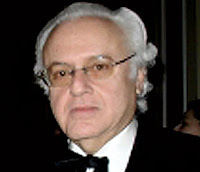 Ira Rennert (for it is he)
Seems to me

You don’t wanna talk about it
Seems to me
You just turn your pretty head and walk away
The James Gang, ‘Walk Away’, 1970

We won’t really know until the whole story unravels, but right now I’d bet a tenspot that Ira Rennert (above), the owner of Renco which is in turn owner of Peru (DRP), has sucked all the money out of his wholly owned Peru operation and left it with no working capital. From here he knows that he can palm off the heavily indebted company to the Peruvian government as the complex is a vital hub in mining activity and the country can’t afford to see it close down.

There’s little doubt that even though DRP is a private company and under no obligation to disclose its operational results, it has been very profitable over the last four years. For example, Mineweb reports that in 2007 DRP’s sales of $1.45Bn outstripped payments to suppliers ($1Bn) very easily. So at first light it seems strange that all of a sudden there’s no money left in the coffers after just six months of low spot metals prices and slack demand. It’s not just this corner of cyberspace that find this strange, either. Luis Castillo, Sec Gen of Peru’s Mining Federation today said that it was suspicious that “the company doesn’t have any working capital despite making money over the past four years.”

But then if you look back at Ira Rennert’s past business history, you see that he has a clear pattern that could even be called a modus operandi. This BusinessWeek article dated 2003 is particularly enlightening and here’s an extract (the whole article is fully recommended):

Or in other words, this wouldn’t be the first time in a long career that Ira takes the money and runs, leaving other unfortunates to pick up his pieces.

According to reports, DRP owes its suppliers around $100m at the present time. This goes a long way to explaining why a deal led by Peru’s Banco de Credito to refinance to the tune of $75m fell through last week and the government said that it would step in to bail out the company. However the news of plant closedown today demostrates that the García government hasn’t yet stepped up to the plate. It also suggests that Ira Rennert via his Renco controlling company is willing to let DRP close rather than inject new capital. Thus comes the classic investor’s question….

“Where has all the money gone?”
……as only a company used as a cash cow by its controlling company in the year-over-year good times and deliberately vacuumed clean of hard cash and left to wither and die in just months when the markets turned against its sector could run out of money so quickly. No?

Part of the answer may be the reported $200m that Ira Rennert had invested with a certain Bernie Madoff (a guy with a profile these days). But then again, with Rennert’s individual net worth at U$6Bn acording to Forbes (update, Forbes March ’09 has him at ‘just’ $4bn), his $185m mansion in The Hamptons and his past history of covering his tush first and watching others carry the can, it’s unlikely that the guy is heading for his own personal chapter 11. More likely is that Peru will be forced to pick up the pieces and keep DRP in business, as the country has far more to lose by creating a production bottleneck than anyone else. And Ira knows it.

Update: Know more about Peru from enviro-campaigners point of view at this 10 minute youtube. Features a couple of good interviews.