“It was the tobacco that killed him” 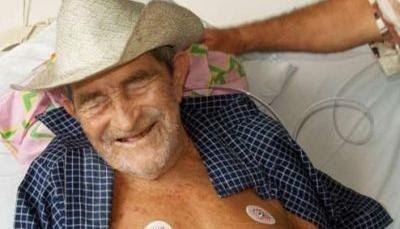 The father of 24 children, including the youngest aged 57 who was born when José was 70, attributed his longevity to “being with God and not thinking bad thoughts” and also “spending long periods in the mountains to avoid the vagabonds of the city and not speaking with drunks”.

A lifelong smoker, one of his daughters said today that (and I kid you not, here’s the link) “It was the tobacco that killed him.”