In the world of OPUD (over-promise, under-deliver) so normal to the world of gold mining (GRS, MFN, countless others) one small producer stands head and shoulders above the rest in terms of utter mediocrity. Jaguar Mining (JAG) has always managed to disappoint its shareholders and the market on its earnings day each quarter but this one, published after the bell yesterday, takes the biscuit.

The miss was so bad that it’s left even the cynical amongst us (i.e. me and hopefully you) open-mouthed. Go see the numbers yourself in the NR and the way the company has no idea how to guide for the future due to the complete snafu it’s made of its Turmalina mine, but I’d just like to offer up one chart generated from company projections that shows just how moronic JAG thinks its shareholders are:

Honestly I shit thee not, dear reader. That’s how this bullshitter started the YE conference call that day, transcript available on request. I mean, Jeebus Creepus! How in the name of all things good and sweet can you move a company from 400k if you can’t even put together a 200k production year two years later?

But no, this doesn’t stop the stream of drivel and balderdash from flowing out of JAG, as we see that it’s now guiding the next two quarters as the highest production numbers ever at the company! YOU CANNOT MAKE THIS SHIT UP!

There’s only one thing left to be said here. Daniel Titcomb, will you please just… 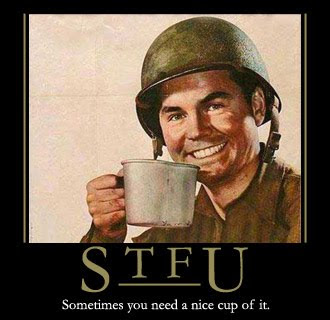 And while you’re at it, resign in disgrace.

UPDATE: Not only that, but they’ve gone chicken on us and hedged. Truly pathetic. This from the 2q10 financials: