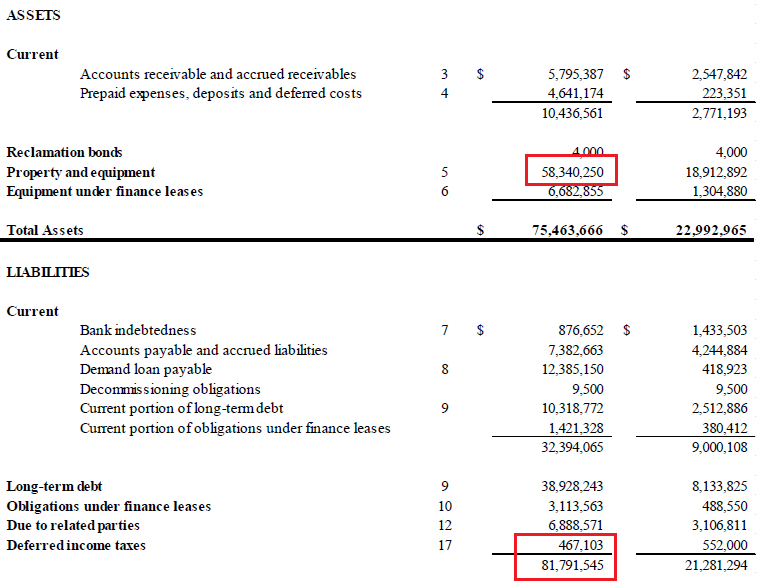 And here’s the amended filing for the same quarter that was re-filed at SEDAR last Friday: 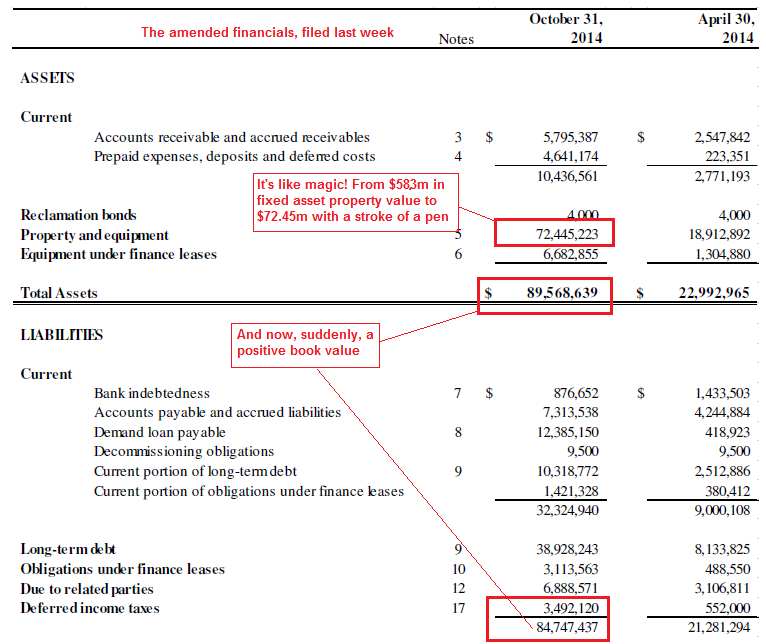 Oh we love this one, Bobby.

And how, you ask, did the re-filed balance sheet manage to move from negative to positive equity? Simple, all it did was to assign a new value to its newly purchased assets, namely WoodEx Industries, Kootenay Wood Preservers (KWP), and Prairie Holdings Inc (PHI). And to make the transaction nice and clear, we’re going to do it by bullet point:

The magic of accountancy.