The good news is that Joao Contreras, footballer for the Peru team Sport Águila from the city of Huancayo, is now out of danger. The mondo bizarro news is that he was struck by lightning during yesterday’s Peru Cup match between his team and Fuerza Minera, along with a linesman who was slightly affected.
This somewhat fuzzy photo has been making the rounds, and purports to show the scene a second or two after the bolt hit. You can see the guy on the ground, the smoke rising and the thousands of spectators (which makes you wonder about the random nature of things, too) 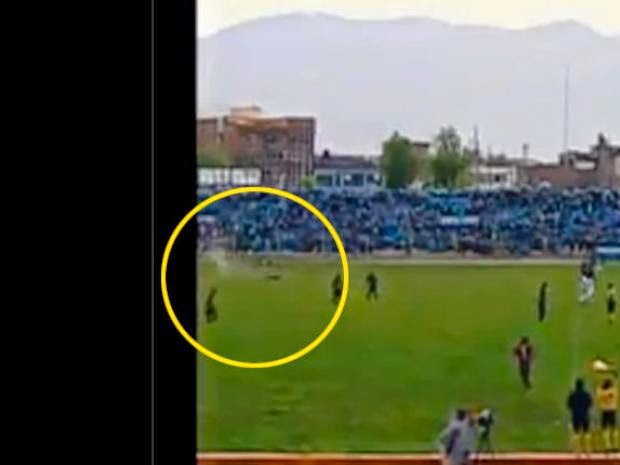 Contreras took a direct lightning bolt hit according to all present (and hey, on this one there were literally thousands of witnesses) and was feared dead at the time, to the point where his death was announced on Peru new TV shows. But this morning in hospital his status is described as “out of danger”, which is far better thanks very much. This shot from the report in Peru’s El Comercio shows what the strike did to his shirt (black/red) and the undershirt (white) that he was wearing. 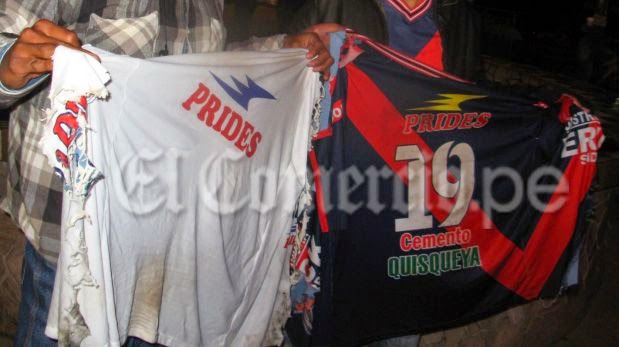 There’s a decent Englilsh language write-up of the event here in The Guardian. A speedy recovery is wished for both player and line official.