John Authers: “A Shift in the Global Financial Order Is Upon Us”

This is a great screed. Example:

Some new financial order,
to replace Bretton Woods and the system that Volcker built to replace
it, is now needed. A decade of monetary expansion has delayed the issue.
It is hard to see how it can be delayed much further. It would be wise
to brace for disruption to match what was experienced at the end of the
1970s and the beginning of the 1980s.

The only detail is that a couple of hours ago when he published, gold had indeed ticked 1700. Bet you a chicken dinner that a large long WTI or Brent had to cover tonight. 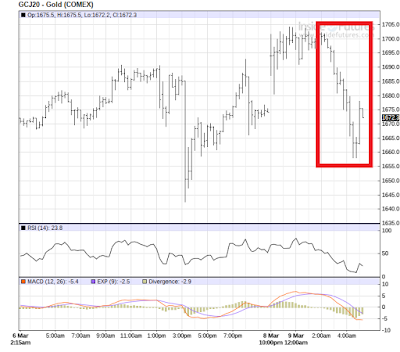