John Enders: Let’s not be too harsh on the poor guy. 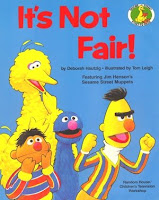 For one thing, by the looks of this comment he left both above and at Justin Delacour’s Latin America News Review, it’s clear that he doesn’t really understand how the interwebnetpipes works. At LANR he felt obliged to leave a link to his own purple prose thinking that it hadn’t been given fair airing. He doesn’t seem to realize that if you click those blue linky things that bloggers leave you’re magically tranported to the article of reference.

For another thing, he seems to think I confused his Herald article with his blog post. Err…no. Read the post again Johnnyboy (without moving your lips if possible) and you’ll see that a clear distinction is made and the two pieces of writing are defined as different. It’s a little disconcerting to note that The Miami Herald is hiring journalists who don’t have the rudimentaries of reading comprehension sorted out yet…not surprising, though.

But the thing that really made me feel sorry for the guy was the way he’s all ‘it’s a sin!” offended by what he believes is a racist remark, i.e. “blue-eyed whitey”. To start with, he must have had his LatAm head buried in the sand to miss the Lula remark the other week and all the feedback it caused. If you work in a shop or a factory in Mali or Norway or China or somewhere and didn’t catch Lula’s “blue-eyed whitey” reference it’s forgiveable…but a journalist that supposedly covers LatAm? Ouch.

For another thing, the thin skin displayed by Johnnyboy doesn’t augur well for his future as a rough’n’tough journalist (nor his past, actually…his oeuvre is rather sparse) as squealing “not fair!” is less likely to bring sympathy and more likely to bring outright ridicule, from both readership and other journos…just a headsup for the future there, Johnnyboy.

But the clincher was the way that he spread his lies about the Morales opposition forces in Santa Cruz by labelling them some sort of capitalist upholders of freedom and ignoring all the racist, fascist, xenophobic garbage and stench around them but takes offense if somebody dares to label him as “whitey” (a skin colour that, on the whole, gets the better end of the deal when the subject is prejudice).

So rather than whack into the guy too much I’m going to leave him be. He’s already got a nasty bruise and we don’t want to go making the poor dear feel any worse now, do we? Sorry if I’ve disappointed you by going all softy, readers.