A short update on a sector followed quite closely at this humble corner of cyberspace.

Personally I have my issues with Great Panther (GPR.to) as its cash cost is high and it’s recently been mining all the high grade ore to make its results sparkle. This tactic will deplete the grades going forward and goes against its own mining plan. But in the end, the market is judging it as being in-or-around the same as my idea of a great little miner, FVI.v (caveat, I own), so WTFDIK anyway?

First Majestic (FR.to) has issues, too, as resource ounces tend to be inferred or even just implied, even though most people say the concession around the machine is prospetive enough. However we might expect a bit of a pump soon, as the company are right now shipping a bunch of Peter Schiff/Europac people down on a site tour. It’s not a done deal of course, but don’t be surprised to hear warm and glowing things from that corner in the near future.

But it’s clear that one silver “mining” company (used in loose terms, as it does very little actual mining and a lot of shareholder pocket mining) sits apart from the others. Ever feel like you backed the wrong horse. Wistar? 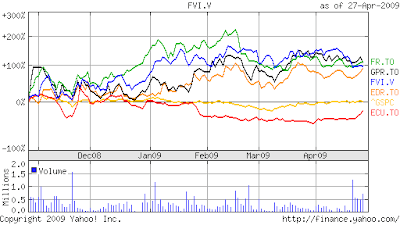