My thanks to DF for the headsup on this.

Here’s a paste out of a mail that’s going around. You can find out more by clicking this link and reading about the meeting Lawrence Page QC is organizing for October 17th 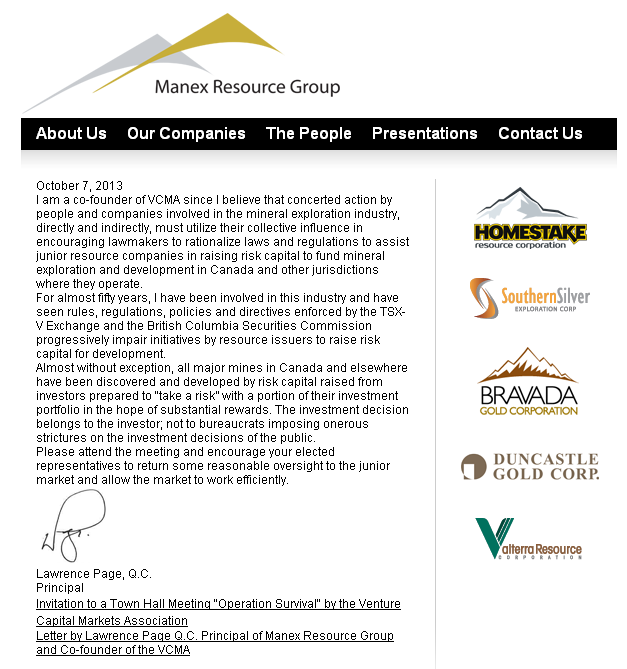 It just so happens that Lawrence Page QC is a director of six public companies quoted in Canada. According to the regulatory filings of four of those:

In total, that’s $720,730 paid to Lawrence Page QC by the companies in his “Manex Group” in 2012 alone, and we haven’t even included the fees he gets from the companies for his legal practice. Damn, I wonder why people aren’t so willing to fund explorecos any longer? Must be those tricky rules, eh Larry…