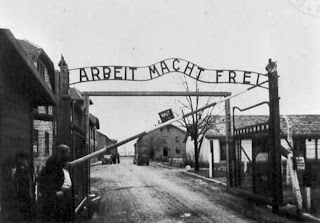 Proposed design of the new school gates
Style one: Aida Quilcue is the head of the Colombian indigenous movement that recently organized the national protest march known as the ‘minga’. For her own protection she travels in a 4×4 SUV with polarized glass windows. Today she wasn’t traveling in her car, but her husband Edwin Legarda was. Here’s what happened according to AP:

BOGOTA, Colombia (AP) — Soldiers at a rural roadblock on Tuesday shot and killed the husband of an indigenous leader who has organized anti-government marches.

Edwin Legarda, 34, was driving a Toyota SUV at about 4 a.m. near an indigenous reserve in western Colombia when the soldiers opened fire. One of four other people in the vehicle was lightly wounded, said Vicente Otero, a spokesman for the Cauca Regional Indigenous Council.

And hey! Guess what? Justice is bound to be meted out on the Colombian national soldiers who thought they’d liquidated one of their government’s strongest opposition leaders becasue the army has opened “an internal enquiry” over the matter.

Style Two: This could only happen in Colombia and is so bizarre it’s difficult to capture the essence of the weirdness involved. The country is actually opening a “School for Human Rights” that will be run by….wait…..roll on the drums…..The Colombian National Armed Forces. Yep, the same guys who use that cool “false positives” concept of murdering innocent civilians to get their FARC bodycount up high enough for extra weekend leave are opening a school to teach the rest of Latin America about Human Rights! It’s like getting Josef Stalin to stand up for the rights of Soviet intellectuals, or inviting the Mansons to babysit for a few hours.

Colombia is trying to justify this unfunny joke by saying it has just completed the “deepest purge in its military history” and my how deep they went! They managed to lose a full twenty-seven soldiers from their ranks due to iffy human rights records. So we are supposed to assume that the 89,973 military types left in Colombia’s armed forces have never committed any one of the thousands of recorded cases of extrajudicial killings …it was those naughty 27 who needed their bottoms spanking.

Now that Colombia’s army is whistle-clean it can teach the rest of the region all about how to be caring on the battlefield. Or in its own words, it will be “the leading body in military doctrine for the hemisphere”.

I fear the worst.