And it must be important to our intrepid Lobito, as he’s begging on Twitter too (pinned Tweet, no less): 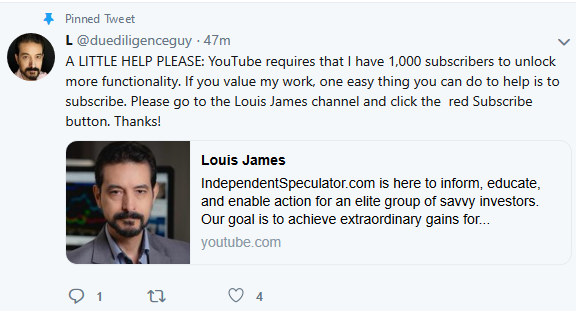 Let’s see then….here’s that Youtube page as Tommy begged for his flock to bail out the useless Lobito:

And here’s how it went, a return a few hours later.

Still not fully functional, Lobito? Hmmm….nearly there, young man. Keep at it.