Get ready to feel all soft and gooey, mineheads, cos the head honchos at Troy Resources (TRY.to) (TRY.ax) have decided that the best part of breakin’ up is when you’re makin’ up. According to the press release from last night (see below) the Extraordinary General Meeting called by lover John to oust lover Benson from his CEO’s job has been called off.

So the good news is that the pissing contests are done with, the idiot egowars are now all over and the people running TRY can get back to concentrating on what they should have been doing these last few weeks, namely building and running a gold mine or two. Gotta love them Aussies. 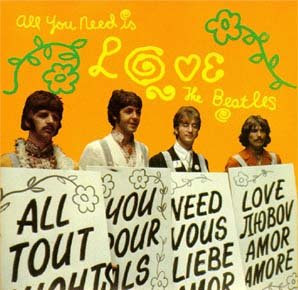 Here’s the news release from today:

Growing junior gold producer, Troy Resources NL (TSX:TRY)(ASX:TRY), is pleased to advise shareholders that a requisition for an Extraordinary General Meeting planned for 16 November 2009 has been withdrawn.

This follows the conclusion of discussions with Warrigal Pty Ltd, a company associated with Mr John Jones, a Non-Executive Director of the Company. As a consequence, the EGM has now been cancelled.

As a result of those discussions, a number of changes will be made to the Board of Directors at the Annual General Meeting of shareholders set down for 27 November 2009.

Mr Alan Naylor, the founder of Troy, has advised the Company that he will not seek re-election at the AGM and will retire from the Board after 25 years’ service as a Director.

Dr Denis Clarke, who has been a Director of Troy for 10 years, has advised the Board that to facilitate the agreement with Warrigal he will resign as a director and leave the board at the AGM.

On behalf of all shareholders, the Board acknowledges and thanks Mr Naylor and Dr Clarke for their outstanding contributions to the Company over an extended period.

Mr Robin Parish, a 5% beneficial shareholder in Troy, will be appointed to the Board immediately and Mr Paul Benson will step down as a Director but will remain as the Company’s Chief Executive Officer.

In addition, Mr Jones has confirmed that he will support the re-election of Troy Chairman, Mr John Dow, as a Director at the upcoming AGM.

Commenting on these changes, Mr Dow said he welcomed the resolution of the issues raised by Warrigal.

“The successful resolution of these issues is a win for the future of Troy.

“All parties are committed to a strategy which delivers the best outcome for all Troy shareholders.

“Having recently secured a fully underwritten entitlement issue to raise A$24.9M, the Company can focus its efforts on developing the Casposo gold-silver project in San Juan province, Argentina.

“Importantly, the timeline for the development of Casposo remains on track for first production in the September quarter 2010,” Mr Dow said.

Mr Jones reiterated the comments of Mr Dow. “This is a great outcome for Troy and all its shareholders,” he said.