That wonderful scam Metanor (MTO.v) filed its 3q14 numbers a few days ago, which of course was the usual barrel of laughs. But then yesterday things got even funnier because MTO’s paid-for stock promo pushers at Caesar’s Report released their take on the numbers. Analyst (term used loosely) Thibaut Lepouttre waxed lyrical about MTO’s quarter and as the blurb that accompanied his write-up announced (as featured on Kitco last night):
“Looking at the balance sheet, we’re actually pretty happy with what we see”
One can only assume that M. Lepouttre is a very, but very easy man to please. Here’s that balance sheet from the 3q14 filings: 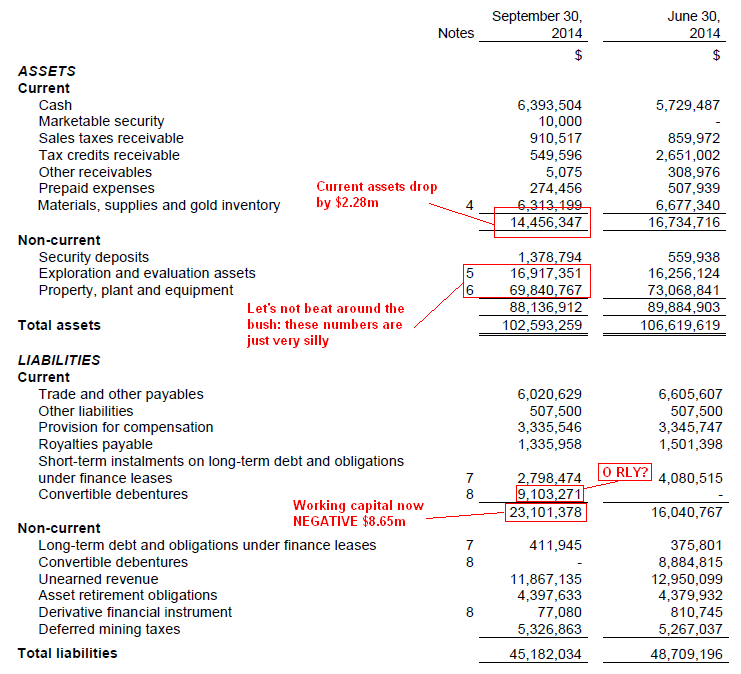 One can also assume that M. Lepouttre writes his analyses for people that don’t bother to read the regulatory filings before investing in tinycap gold mining stocks. The type of people who get a nasty case of Darwin, sooner or later.
It’s an utter shock that an analysis company that’s paid by the mining company to produce analysis on the mining company only ever says good things about the mining company, is it not?