Mexfiles on form this morning 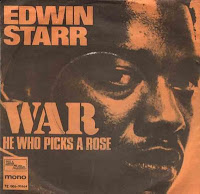 Absolutely Nuthin (say it again)
Hit this link to go see The Mex Files’ excellent analysis of the recent Foreign Policy article that compares the economies and drug-related problems of Colombia and Mexico. So much neolib dross is bandied about regarding LatAm that it’s hard to keep track of it all, but every now and again the crass and facile analyses from the very doctrine that causes, rather than solves, the problems in question needs to be spanked the way Mexfiles has spanked ’em. Here’s an extract, but you really need to see the whole thing to appreciate RG’s sharp brain at work here.

“Whistling in the dark — claiming that the “war on drugs” is not a factor in foreign investment — is plainly silly. It is. And, while that does make economic recovery all that much more difficult, ignoring the Administration’s creation of a crisis — and mishandling of it — while simultanously ignorning the clear signs of a problem with a one-market export economy — made the Foreign Policy article an exercise in ad hoc ergo propter hoc reasoning…”