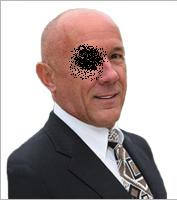 Reports coming in of an altercation at this weekend’s California Resource Investment Conference mining show in Indian Wells, with Mercenary Geologist Mickey Fulp taking a punch during the proceedings.

And they wonder why your humble scribe doesn’t go to these shows….

UPDATE: And this story gets better, as apparently his assaltant was Graham Harris, the piece of crap ex-Canaccord dude who ripped off the market via the ATW Gold (ATW.v) disaster and used his inside knowledge about how bad his company was doing to sell out his shares on prior knowledge before the worst happened to the stock….and not report his sales until much much later when all damage was done. We hear he’s now running his promo pump on an iron ore thing up North called CapEx Ventures (CEV.v) and has suckered in the usual sheep to help the pump. It would seem Mr. Fulp isn’t one of those.

UPDATE 2: And the good news is… 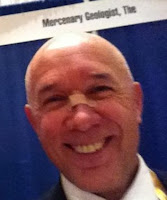 …not much damage done. This taken after the scrap, all smiles and small band-aids. Tis good and thanks due to TH for the photo.