Here’s a shot of yesterday’s feature in Peru’s newspaper of record, El Comercio, an interview with Jorge Ramos of Cofide. 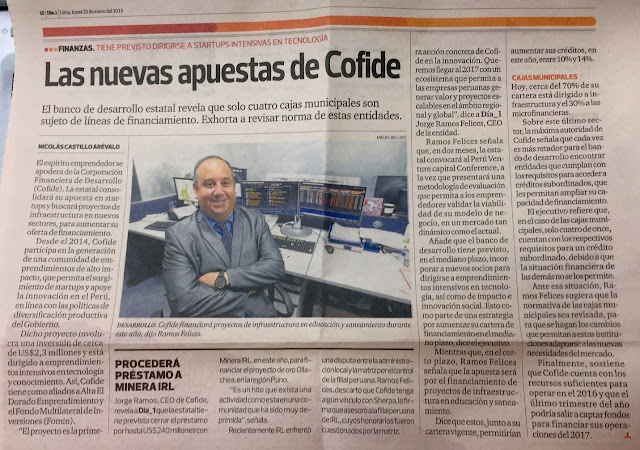 It goes into all the things the quasi-State investment bank Cofide is up to at the moment (far more than just IRL), but also confirms that Cofide is good about moving forward with the full U$240m financing package for IRL to build Ollachea, as agreed. Ramos also states for the record that his entity has nothing at all to do with Sherpa, the people that Team Hodges tried to smear everyone that got in their way with during the incessant BS and lies campaign.
It’s pretty amazing to think that a small junior can get a $240m line of credit to build a mine in this current market. It’s simply incredible when you realize that Daryl Hodges and Jaime Pinto wanted to turn their backs on that cash (and certain members of the current board still do). The reason is simple; they wanted to carve up their own deal and get the commish. Scumbags.