Mining PRs and the Ottotrans™, Part 23 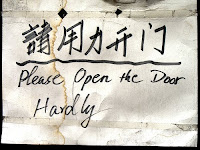 Today’s example comes from the pages of Northern Miner, online edition out today.

In the online story regarding East Asia Minerals published on July 29, 2010, and reprinted in our newspaper (vol. 96, no. 25), we incorrectly stated that East Asia Minerals had not disclosed to its shareholders that a large portion of its tenements in Indonesia is on land designated as protected forest.

In fact, the company wrote in its August 2007 information circular to shareholders that “almost the entire Miwah tenement is in Protected Forest Area” and that “a special permit from the Indonesian Department of Forestry is required to conduct exploitation in such an area.”

As such, there is no imputation whatsoever by The Northern Miner that East Asia’s President and CEO Michael Hawkins or any other management or directors of East Asia Minerals personally benefited from withholding this information from shareholders.

While it’s widely agreed that Indonesia has its challenges with respect to corporate governance, there is also no imputation that a company must engage in illegal activities in order to acquire a special exploitation permit in a protected forest in Indonesia.

A similar retraction and apology will appear in the next paper issue of The Northern Miner, vol. 96, no. 26.

We apologize for and regret any embarrassment, distress, inconvenience or damage to the company and Michael Hawkins resulting from publication of the story.

Yeah, errr…..sorry about the $101m our bullshit lies written by a just-out-of-college hack with more bravado than ethics managed to knock off your market cap Mike. Won’t happen again, pretty promise.