Mining PRs and the Ottotrans™, part 61 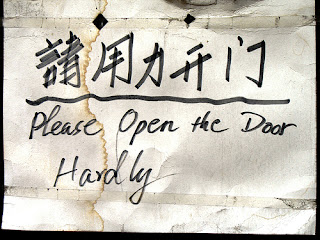 Here we go with another of our occasional series and we’re back in economy mode on this one, as we manage to take over 1,100 words in the Eco Oro Minerals (EOM.to) NR this evening and translate it using just three, yes a mere THREE words (applause etc):
This is what they wrote:

VANCOUVER, BRITISH COLUMBIA–(Marketwire -08/27/12)-
Eco Oro Minerals Corp. (the “Company” or “Eco Oro”) (EOM.TO)
announces that the Company has received a decision of Colombia’s
national mining agency (Agencia Nacional de Mineria or “ANM”), contained
in Resolution VSC 002 dated August 8, 2012 (the “Resolution”),
regarding the Company’s application for an extension of the exploration
phase of the Company’s principal mining title, concession contract 3452
(the “Concession”). In the Resolution, the ANM indicates that
approximately 54% of the Concession is located in what they regard as
Santurban paramo based on the cartographic information contained in the
National Mining Registry prepared by the Von Humboldt Institute
(Instituto Alexander Von Humboldt or “IAVH”)) and, on that basis, have
extended only the remaining 46% of the Concession for 2 years, until
August 8, 2014. In addition, the ANM is requiring that the Company
revise the technical report detailing the Company’s current and proposed
exploration activities on the Concession, which was submitted with the
Company’s May 4, 2012 application for the extension, such that the
Company’s activities on the Concession are limited to the areas of the
Concession that are the subject of extension. The Resolution also
provides that the Resolution should be forwarded, once it becomes final,
to the area of the ANM responsible for the mining contracts and titles
to take appropriate measures to have the areas of the Concession not
subject to the extension returned. The portion of the Concession that
was not extended and that is to be returned, pursuant to the Resolution,
contains approximately 70% of the Company’s Angostura deposit.

Under Colombian law, the ANM had until August 8, 2012 to provide the
Company with a response to the Company’s application for an extension of
the exploration phase of the Concession, failing which, the ANM’s
“positive administrative silence” acted as tacit approval of the
Company’s request and the exploration phase (for the entire Concession)
was extended to August 8, 2014. On August 14, 2012, the company filed a
request before the ANM to register this extension in the National Mining
Registry, which registration is pending.


In the opinion of the Company, as the ANM failed to notify the Company
of the Resolution on or before August 8, 2012, it had no authority to
issue the Resolution or to decide any matters relating to the Company
extension application. Furthermore, the ANM’s position, as stated in the
Resolution, as to areas constituting paramo, is inconsistent with
Colombian law and the position of the relevant Governmental ministries,
including the Ministry of Mines and Energy, as understood by the
Company, which understanding is summarized below.


On June 16, 2011, the Colombian Congress enacted Law 1450, 2011, known
as the National Development Plan. The National Development Plan forbids
mining activities in paramo ecosystems and requires the Colombian
Government to determine the boundaries of the paramo ecosystems based on
technical, social, environmental and economic criteria. The
determination of the boundaries of the paramo ecosystem is the
responsibility of the Ministry of Environment and Sustainable
Development and they are currently considering those boundaries in
relation to the Company’s mineral titles. Pursuant to the National
Development Plan, the IAVH Atlas of Paramos is the minimum reference for
the paramo ecosystem while the Colombian Government determines the
ultimate boundaries. The Atlas of Paramos is a document prepared by the
IAVH in 2007 that contains a brief description of certain ecosystems in
Colombia, including paramos. According to the Atlas of Paramos, the
region in which the Angostura Project is located is defined as the
Santurban Jurisdiction, which is comprised by 5 ecosystems being
superparamo, paramo, subparamo, high Andean forest and Andean forest.
According to Resolution 769, 2002 from the Ministry of Environment and
Sustainable Development, a paramo ecosystem is comprised of three
ecosystems being the superparamo, paramo and subparamo ecosystems.
According to this resolution, the high Andean forest and the Andean
forest are not within the definition of paramo.


The ANM’s position, as stated in the Resolution, is inconsistent with
the above in that the ANM is including high Andean forest and the Andean
forest (i.e. the ecosystems below subparamo) in the definition of
paramo ecosystem.


The Company will file for a motion to reconsider the Resolution within
the following 5 business days, as provided under Colombian law. Until
this motion to reconsider is resolved, the Resolution is not in force
and has no legal effect on the Company’s ability to conduct its planned
activities. The Company will also will take all other legal steps
necessary to protect its legal rights in relation to the Concession. The
Company will provide updates on this matter as significant developments
occur.


Certain statements in this news release are “forward-looking” within the
meaning of Canadian securities legislation. They include statements
about taking legal steps, including appealing the Resolution, and the
impact on the Company’s activities. Forward-looking statements are
necessarily based upon the current belief, opinions and expectations of
management that, while considered reasonable by the Company, are
inherently subject to significant business, economic, competitive,
political and social uncertainties and other contingencies. Many factors
could cause the Company’s actual results to differ materially from
those expressed or implied in the forward-looking statements. These
factors include, among others, political influence, government
regulation as well as other risk factors set out under the heading “Risk
Factors” in the Annual Information Form dated March 26, 2012, which is
available on SEDAR at www.sedar.com. Investors are cautioned not to put undue reliance on forward-looking statements due to the inherent uncertainty therein.


The Toronto Stock Exchange has not reviewed and does not accept
responsibility for the adequacy or accuracy of this news release.