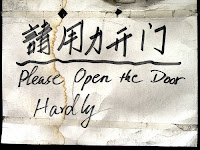 Today’s Ottotrans concerns our old favourite Petaquilla Minerals (PTQ.to), a company that beats out hundreds of strong competitors for the coveted title of “worst mining company in Latin America.”

Note the translation for today’s PTQ press release is simplicity itself.

This is what it says

VANCOUVER, BRITISH COLUMBIA–(MARKET WIRE)–Mar 27, 2009 — Petaquilla Minerals Ltd. (the “Company”) is pleased to announce that it has negotiated a private placement of Convertible Senior Secured Notes of up to US$40,000,000. Each Note in the principal amount of US$1,000 is convertible into common shares at CAD$2.25 per share. The Notes will bear interest at an annual rate of fifteen percent (15%), of which the first 12 months’ interest shall be prepaid in full at the time of issuance of the Note. All interest payments will be grossed up for Canadian withholding tax, if any.

The indebtedness represented by the Notes will be senior to all other indebtedness of the Company and will rank pari passu with the previously issued senior secured notes.

In connection with this offering, subject to regulatory approval, the Company has agreed to reduce the exercise price of 23,836,800 warrants from CAD$2.30 per share to CAD$0.65 per share provided that under the revised terms, if the common shares of the Company trade at a weighted average trading price of CAD$1.00 or more per share for 30 consecutive trading days, the holders of the warrants must exercise the warrants within 30 days.

The Offering is conditional upon, among other things, the Company obtaining all necessary regulatory and TSX approvals.

The Company will pay the placement agent upon closing of the financing, a 5% cash commission on the gross proceeds raised by the agent on the offering.

Holders of the previously issued Series 1, Series B and Series C notes are being offered the opportunity to exchange amounts due upon maturity of their existing notes and participate pro rata in the Convertible Senior Secured Notes offering up to a maximum of US$24,187,083. The remaining proceeds of the private placement will be used for the continued commissioning of the Molejon Gold Project located in Panama and for working capital.

VANCOUVER, BRITISH COLUMBIA–(MARKET WIRE)–Mar 27, 2009 — Petaquilla Minerals Ltd. (the “Company”) is pleased to announce that Richard Fifer has just loaned his own company $40m at 15% per annum interest with a whole bunch of shares as the kicker, thus screwing the few shareholders that the company has left even further. Fifer has loaned his own company “working capital” because nobody in their right mind would touch the thing with sixpence, let alone a seven figure sum.