It doesn’t matter how good the management team is, when it’s an exploreco it’s all about the rocks. Way too many people are being sucked into the “Oh this guy is the best! Invest in him!” as if the mere presence of a known name geologist magically attracts mineralization to the drillbit. Those dragged in are neophytes (retail, the crop that never fails) and are being suckered in by people who either know better and are playing them, or are plug dumb stupid. Either way, why are you listening to them? 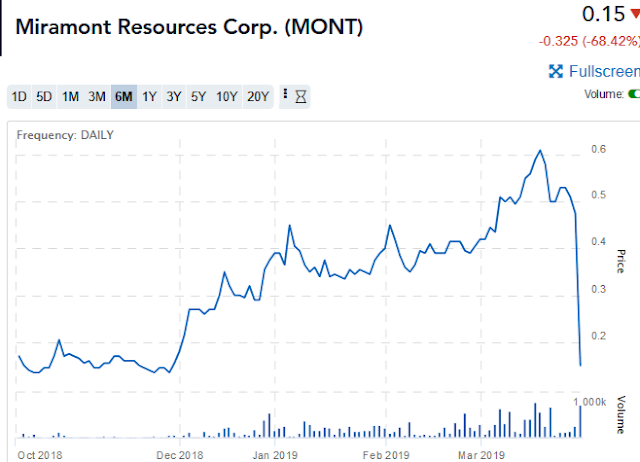 As of this morning, every single person who has bought shares in MONT is losing money. Except for the insiders and those who were invited to the seeding placement rounds. Of course.
Welcome to exploration stage junior mining speculation, newbies. Learn fast or stay poor, your choice.