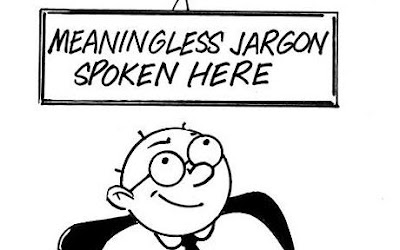 Here’s a bit of extra to add to the previous post.

I’ve just been mailed and asked

Well we’ve been through this one before as well, but let’s do it quickly. What follows is a real world explanation of something economists think is important, thus they normally dress it up in weird jargon and terminology that makes something pretty logical into something inaccessible (by the way, that’s one of the reasons I like Krugman’s blog; he’s never afraid to put things into layman’s terms and demystify his field).

In a country with a non-reserve currency (aka soft currency), the money circulating needs some sort of back-up. This is usually done by collecting a whole heap of dollars (or perhaps Euros, or perhaps gold) as reserves.

Imagine this: Say that one day the whole population of a country decides that it doesn’t trust its currency any longer and decides to give them back to the people that made them, i.e. the Central Bank. So they form a long queue at the CenBank and the bank people swap the local currency for the reserves they have. In the case of Venezuela, the Central Bank is currently in the position to give out one dollar for every 6.82 Bolivares Fuertes (VEF) that are handed in. So, according to the equation VEF-vs-Dollar that the Central Bank operates inside Venezuela, U$1 should equal VEF6.82.

So after a while, the people waaay back in the queue get to hear that the bank is giving anyone a buck for each 6.82 VEF they hand in. So rather than wait a long long time for the five million or so people in front of them to get served, they start exchanging amongst themselves. And..errr…that’s what happens in every exchange house and bank all over the world; people just cut out the hassle of turning up at the central bank and do the exchange thing between themselves.

Back to Venezuela, and this 6.82/1 rate held by the moneymasters (i.e. the CenBank, the people who collect dollars and issue VEF to the country) is currently accurately reflected in the actual permuta (parallel) rate. Normally it will fluctuate higher or lower than the theoretical line. This can be for various reasons, as there are other factors that weigh upon a currency exchange rate such as expectations of events to come, political (in)stability, macroeconomic forecasts of key industries (in the case of Venezuela, that means oil) etc etc. However in the long run the relationship of M2-Currency reserves is never that far out.